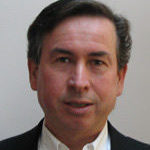 Bowral based monthly newspaper The Goulburn Express has defamed prominent Goulburn community members, according to the president of Community Energy for Goulburn, Peter Fraser.

“Goulburn Express printed an article last week claiming that the Goulburn Solar Farm would only contribute 10% of its profits to community investors and the rest to a handful of members when in fact the whole 100% of the profits will go to the investors, apart from a contribution to local community projects supporting the disadvantaged,” said Mr Fraser

“All the Express had to do was to ring me and check that their story was correct and I would have explained to them that the original company that was formed to run the project has been excluded from the project in favour of a Co-operative structure in which each investor is given an equal say in how the project is run and how it distributes its profits,” he said.

Mr Fraser said that it appears the Express did a simple search of ASIC records and found a company set up by CE4G in the early stages to run the project but didn’t check with the committee whether the company was still part of the project or had been mothballed.

“It’s a simple case of sloppy journalism by an outside media group run from Bowral,” he said.

Mr Fraser said that the Express has now opened itself to a class action for defamation from the people named in the paper as the recipients of 90% of the profits from the project when in fact most of those named have only one vote in the Goulburn Community Energy Co-operative, the owner of the project, with a few others having no involvement in the project at all.

“Those people named in the erroneous article include a past Goulburn citizen of the year, the current Chairperson of the Goulburn Conservatorium, past and present office holders of community groups including the Local Land Care group responsible for the Goulburn Wetlands , the Goulburn Show, a local Rural Fire Service brigade and other active and committed community people who have given their time and effort to this community.

It’s a disgrace for a public paper to malign and defame these people without bothering to check on the veracity of their accusations,” said Mr Fraser.

The Express article seems to confuse two separate entities in its claims that the community will not have full entitlement to receive an adequate return on their investment, and then goes on to imply that a small number of investors will receive the lion’s share of the profits.

“The company that features in the Express article was originally formed to run the project four years ago when the project was in its infancy, but when we looked into it further we decided a Co-operative structure was far more democratic because it gave each investor, no matter how large or small, an equal voice in decision making. So last year we constituted the Goulburn Community Energy Co-operative and all our 200 plus investors have now received their share certificate and the project is ready to start construction in the next couple of months,” said Mr Fraser.

“If outsiders did their homework properly and bothered to ring the right people they wouldn’t go off half cocked and defame people in the process,” he said.

Peter Fraser is the president of the Goulburn Community Energy Cooperative. Which way to point panels? Siemens given the flick